PARTNER
The Elder Justice Coalition is the lead organization advocating for enactment of Stamp Out Elder Abuse Act. The Coalition is a national organization dedicated to promoting elder justice in America. The Coalition works to fulfill its mission through education, advocacy, and support of federal initiatives to address the growing crisis of elder abuse, neglect, and exploitation.

SUPPORT
Stamp Out Elder Abuse expresses gratitude to many organizations and individuals that include the following.

National Council on Aging (NCOA) whose advocacy page allows you to easily message your representatives to urge them enact the act.

Special thanks to all members of Congress who have introduced and sponsored the Senate and House bills.

Two federal agencies will be the recipients of revenue from the sale of the stamp, if the bill is enacted: 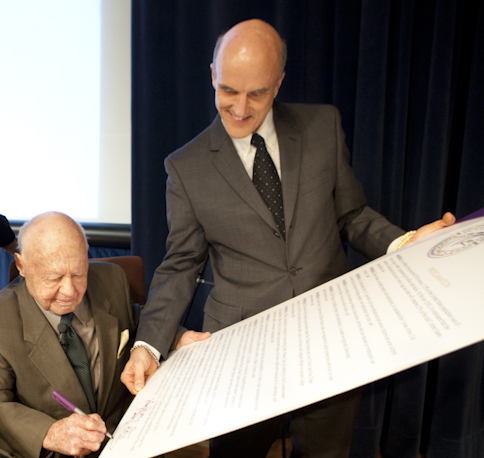 In 2016, Philip C. Marshall was tasked with advancing the cause, which was reignited when he participated in the John A. Hartford Foundation Change AGEnts Initiative Policy Institute in Washington, DC.

Philip C. Marshall is the Founder of Beyond Brooke, a cause-based campaign advancing elder justice. Philip is the grandson of the late Brooke Astor—New York City Philanthropist, recipient of the Presidential Medal of Freedom, and elder abuse victim.

In 2018, the Elder Justice Coalition became the lead national advocacy organization through Brian Lindberg, Public Policy Director, who had been working with Philip since his 2015 testimony before the Senate Special Committee on Aging.

Press from the reintroduction of the bill in 2019

Press from the introduction of the bill in 2018